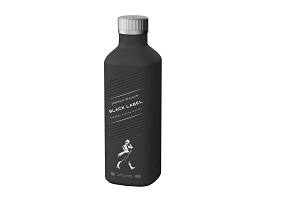 Diageo, the leading alcoholic drinks firm, has announced the creation of what is says is the world’s first 100% plastic-free and paper-based spirits bottle, entirely made from “sustainably-sourced” wood pulp.

Developed by packaging technology company Pulpex, the new bottle is said to be fully recyclable and “will allow brands to rethink their packaging designs, or move existing designs into paper, whilst not compromising on the existing quality of the product”, according to the company.

The bottle will initially be used for the Johnnie Walker whiskey brand, starting in 2021. Pulpex reportedly also has a partner consortium of other FMCG companies in “non-competing” categories, including Unilever and PepsiCo, and said it expects to announce further partners later in the year.

Commenting on the launch, Diageo chief sustainability officer, Ewan Andrew said: “We’re proud to have created this world first. We are constantly striving to push the boundaries within sustainable packaging and this bottle has the potential to be truly ground-breaking. It feels fitting that we should launch it with Johnnie Walker, a brand that has often led the way in innovation throughout its 200 years existence”.

The Pulpex concept is the latest development in board-based alcoholic drinks packaging. Other notable examples include Carlsberg’s Green Fibre Bottle initiative, which is backed by companies such as Coca-Cola, Absolut and L’Oreal.