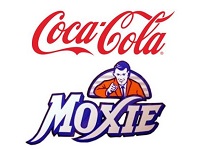 According to sources, the Coca-Cola is acquiring the Moxie brand from Coca-Cola of Northern New England, which is an independent bottling partner of the main company based in Bedford, New Hampshire.

Moxie was patented in 1885 and is said to be the first bottled carbonated beverage made in the United States.

“Moxie is a great brand with a great heritage” said Coca-Cola spokesperson Lauren Thompson. “Coca-Cola Northern New England has been a strong steward of the brand over the last decade and we take seriously our responsibility to ensure it stays true to its Northeastern roots”.