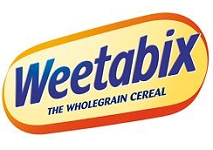 A number of leading firms in the global breakfast foods market are eying up British cereal maker Weetabix, according to a report in The Telegraph.

Oriental FMCG giant Bright Foods bought a majority stake in Weetabix in 2012, but so far the UK’s second biggest cereal brand has failed to conquer the Chinese market, the report continues. The company has reportedly hired banking firm Goldman Sachs to advise it as it bids to offload the business.

PepsiCo, which owns Quaker Oats, is said to be among a number of suitors for the 84-year old business. Food giants Nestle and General Mills are also reported to have expressed an interest via their joint venture Cereal Partners Worldwide.