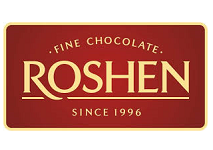 Roshen, a Ukraine-based manufacturer of chocolate products, has announced that it is ceasing production at its factory in Lipetsk, Russia “for economic and political reasons”, according to a report in Interfax Ukraine.

“Full production stop and maintenance of industrial and infrastructure facilities are planned for April 2017”, the company is quoted as saying in a statement.

The move comes after the factory was seized in 2014 under an order from the Investigative Committee of the Russian Federation following a trademark dispute.

Headquartered in Kiev, Ukraine, Roshen is promoted as one of the world’s largest manufacturers of confectionery products. In addition to two production facilities at its site in Lipetsk, the firm has two plants in Ukraine, one in Lithuania and one in Budapest, as well as a dairy plant supplying its other factories with raw materials, according to its company website. Export markets are said to include Russia, Eastern Europe, the Middle East, the US and Canada.