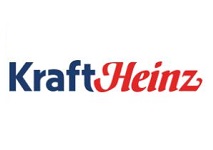 Kraft Heinz, one of the world’s largest food and beverage firms, has announced an investment of £20 million ($26 million) in its facility in Kitts Green near Wigan in the UK.

According to sources, the investment will be spent on modernising the filling and packaging operations, including a high-speed production line capable of filling 1,200 cans of soup and beans per minute, a high-speed weigh filling line and a triple-pack can packaging line.

Stuart Lawson, manufacturing director at Kraft Heinz’s  Wigan facility, said the investment “will give us further growth potential of 5.5. million units and allow us to produce almost 80 million Snap Pots a year”.

The Kitt Green facility is one of the biggest canned food production plants in Europe, manufacturing 383,000 tonnes of products per year.