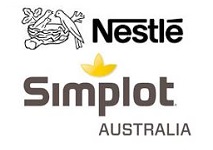 Nestle, the Swiss consumer goods giant Nestle, has announced that it is “considering alternative options” for its Lean Cuisine brand in Australia.

The announcement comes after Simplot revealed that it will not renew the licence agreement that it signed in 2009 to manufacture and market Lean Cuisine under licence in Australia.

The decision was taken as part of Simplot’s strategy to exit the frozen meals category and focus on its core capabilities in potatoes, vegetable, seafood, pasta and sauces. As a result of the move, Simplot Australia is reportedly considering closing other facilities in the country.

“To ensure customers and consumers experience a smooth transition, we are developing plans to consolidate other Simplot products currently produced at Pakenham into the wider Simplot network”, stated Simplot Australia managing director Graham Dugdale. “We do not envisage any impact to our current supply and trading relationships”.

Nestle is said to be considering alternative options for its Lean Cuisine brand in Australia, including selecting a new partner to manufacture and market the brand.