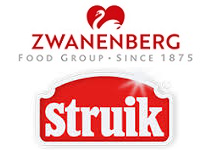 Zwanenberg, the diversified food brands firm, has submitted a deal to acquire Struik, the Dutch soup manufacturer, to competition regulators in the Netherlands, according to a Tubantia report.

Struik, which is currently owned by veal processor Van Drie Group, following a deal agreed in 2016,  manufactures a range of ambient soups and stocks, as well as the Sonnen Bassermann line of soups, stews and ready meals in Germany, and the Ye Olde Oak brand of canned meat products in the UK.

The acquisition indicates Zwanenberg’s interest in strengthening its position in soups and sauces, following its  recent deal to buy the Chicken Tonight brand and its purchase of Unilever’s Unox factory in 2017.

The deal will reportedly be completed in mid-2020, subject to competition clearance.