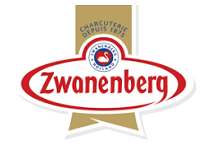 Zwanenberg, a Netherlands-based food and drink manufacturer, is to buy a plant owned by FMCG multinational Unilever via a new “strategic partnership” announced by the two firms.

As a result of the agreement, Zwanenberg said it intended to transfer around 18,000 tonnes of its preserved meat production to the facility in Oss, Netherlands, which manufactures meat, sauce and soup products, by 2019. The firm said that production of preserved meat at the site would increase by 50%, driving growth in Unilever’s Unox meat brand.

The partnership leverages Zwanenberg’s strong innovation power in the field of meat, vegetarian and snack products, the company added.

Commenting on the deal, Zwanenberg chairman Aldo van der Laan, said: “The acquisition aligns to ZFG’s strategy to further develop and grow the company through a wider range of foods, focusing on products with a long shelf life. ZFG also sees it as an opportunity to build on its position in soups and sauces in the UK and the US and expand in the Netherlands and the rest of continental Europe”.