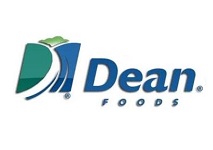 Dean Foods, one of the American leading food and beverages companies, has acquired Uncle Matt’s Organic, a producer of organic beverages where the financial terms were not disclosed.

Founded in 1999, and located in Florida, Uncle Matt’s Organic makes organic fruits and juices, including probiotic-infused juices and fruit-infused waters. After the acquisition, the company will operate as a subsidiary of Dean Foods.

“Our mission has always been to produce the highest quality organic juices. Becoming part of Dean Foods will allow us to bring organic to consumers at a scale that supports the organic farming community and increasing consumer interests at the same time,” commented on the acquisition Matt McLean, founder of Uncle Matt’s Organic.

With the acquisition Dean Foods continues its commitment to organic. Last November, the company announced a joint venture with Organic Valley, a cooperative of farmers producing award-winning organic milk, cheese, butter, soy milk, produce, healthy snacks & more; and in May, Dean Foods took a minority stake in Good Karma Foods, a manufacturer of flaxseed-based milk alternatives in such formats as yogurts and beverages.