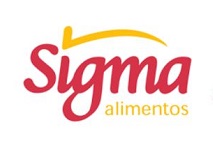 Sigma Alimentos, a unit of conglomerate Alfa, has acquired Sociedad Suizo Peruana de Embutidos (Supemsa), a producer of cold meat and dairy products in Peru. Financial terms were not disclosed.

Sumpensa operates a cold meat plant in Chancay with 800 employees. In 2016 the company had sales of $54.2 million.

The deal will expand the presence of Sigma Alimentos in Central America. The firm had previously enhanced its footprint in the region with the 2013 acquisition of Corporacion de Empresas Monteverde, a market-leading company in the mature cheese segment with three plants in Costa Rica and exports to Nicaragua, Panama and El Salvador.

Sigma Alimentos operates in a total of 16 countries including Mexico, the USA, Costa Rica, Guatemala, Honduras, El Salvador, Nicaragua, Panama, the Dominican Republic and Peru, and employs more than 56,000 staff.