Netherlands: Van Drie Group given go ahead for Struik acquisition 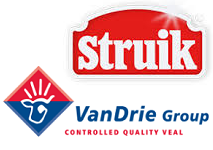 Van Drie Group, a veal processor, has been given the green light by Dutch competition authorities to acquire soup manufacturer Struik, according to a report in Levensmiddelenkrant.

Founded in 1950, Struik is a family business that manufactures a range of ambient soups and stocks sold in bottles, cans and tubs. It also markets the Sonnen Bassermann line of soups, stews and ready meals in Germany, as well as the Ye Olde Oak brand of canned meat products in the UK.

The takeover comes after Struik was reportedly given a cash injection by the Van Drie Group in July in order to ease immediate financial concerns. The exact amount and nature of the investment was not disclosed.

Struik employs approximately 500 staff operating across the Netherlands, Belgium, Germany and the UK, and has annual turnover of around €200 million ($226 million).