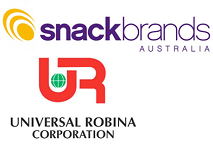 Philippine food and beverage manufacturer Universal Robina has expanded its business in Australia by acquiring Snack Brands Australia for $460.86 million. URC International Co Ltd, a subsidiary of Universal Robina, will purchase 100 % of the shares in the Australian company.

Snack Brands Australia manufactures potato and corn snacks under brands such as e CC’s, Cheezels, French Fries and Kettles. The company produces 200 million packets per year with its products claimed to be in 74% of Australian households.

Snack Brands CEO John Musgrave added: “What this achieves for the business is to take Australian manufactured product, with its distinct food security advantage, into Asian markets with the benefit of an established distribution force. It means there are no intended job losses but instead a stronger growth path with a new partner and the prospects of adding new URC product categories from New Zealand to our local markets. It is also expected to be a positive for many of Snack Brands suppliers such as potato and corn growers”.