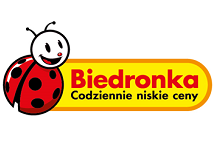 The Portuguese based supermarket group Jeronimo Martins, through its Biedronka supermarket banner in Poland, has established a factory in the country that will manufacture private label soup products, according to an article in European Supermarket Magazine.

The result of an initial investment of $7.8 million, the new factory, which is to be located in Parzniewo near the Polish capital Warsaw, close to a previously opened Biedronka superstore. According to reports, it will produce ready-made chilled soups under the brand name Zupy z Naszej Kuchni (‘Soups From Our Kitchen’) using fresh Polish vegetables.

Jeronimo Martins has been present in Poland since 1995. Outside of Poland, the international grocer firm owns multiple stores in Columbia as well as in its domestic market of Portugal.