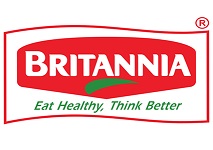 FMCG manufacturer Britannia has announced plans to set up three factories in the north-east of India in the next three years.

According to Progressive Grocer India, the company expects an investment of 100 to 150-crore INR ($15 million to $22 million) for each factory, and the process of setting up each of the three factories to take from 12 to 14 months.

“We are looking at putting up a factory in the north-east. An export zone factory will be set up in Gujarat. We will also put up one in Andhra Pradesh”, commented managing director Varun Berry.

In relation to predicted product capacity, Mr Berry added: “If volumes go up by 8-10%, we need 100,000 tonnes of capacity every year. That is the kind of additional capacity we need to put”.

Alongside the new factories, the manufacturer is also looking into entering categories that appeal specifically to a younger consumer audience, saying that “there are several products which are in the pipeline”.