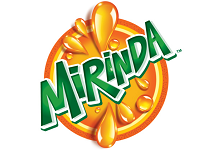 PepsiCo, the food and soft drinks giant, is launching a new Joosy version of its Mirinda fruit-flavour soft drink in India.

According to a report in the Economic Times, the new version of the carbonated soft drink will contain orange juice and pulp sourced from Indian farmers. The drink is first being introduced in the southern state of Tamil Nadu, with a 500ml bottle retailing at 35 INR ($0.54).

The Hindu BusinessLine reports that Miranda Joosy will be partially sweetened with stevia and will contain 50% less sugar and 5% more orange juice than regular Mirinda.

“The launch of Mirinda Joosy is a reiteration of PepsiCo India’s commitment to partnering the government’s effort of catalysing the carbonated fruit drinks category to benefit Indian farmers by adding 5 per cent natural juice to carbonated beverages”, PepsiCo is quoted as saying.

Miranda is one of eight brands belonging to PepsiCo India that has annual sales of 1,000 crore INR ($150 million). The drinks brand, which was first launched in 1991, is also available in Orange and Lemon varieties.