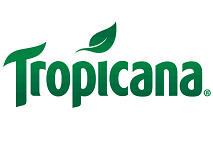 Food and drinks giant PepsiCo has put its Tropicana facility in Hermes, France up for sale as a result of declining juice sales, according to French media reports.

The 4,000 sq m site, which employs just under 100 staff, has reportedly seen juice volumes decrease from 80 million litres to 60 million litres within the space of five years, while staff numbers have been cut by around 30.

PepsiCo is said to have instructed consultancy firm June partners to seek out potential buyers for the site, which is located around 60km north of Paris in the Hauts-de-France region.

Le Figaro reports that the factory, which predominantly produces orange juice in cartons, has been affected by a growing consumer preference for juice sold in plastic bottles.

The Hermes site is one of five operated by PepsiCo in France, employing a total of 620 staff, according to company figures.