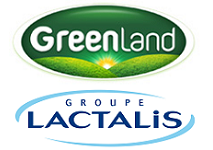 Dairy giant Lactalis is expanding its presence in the Middle East with the acqusition of milk and cheese firm Greenfield from Kuwaiti restaurant and foods business Americana Group.

The French firm said the acquisition will strengthen the position of its Lactalis Halawa joint venture as a major
producer of dairy products in Egypt, and demonstrated its interest in developing the Egyptian market.

Founded in 1995, Greenfield owns 5 factories in Egypt and employs 1,250 staff.  The firm is described as the largest producer of white and mozzarella cheese, while its dairy product line also includes processed cheddar, Edam and cheese triangles, milk, cream, cottage cheese, labneh and ghee. Away from dairy, the company also manufactures a line of fruit nectars.

Lactalis’s deal for Greenfield was announced in parallel to its acquisition of Indian firm Prabhat Dairy.