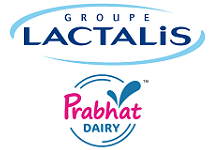 Lactalis, the French dairy giant, has announced it has acquired the Indian milk processor Prabhat Dairy, with the operation set to be effective at the beginning of the second quarter of 2019.

Economic Times reports that Lactalis paid about 1,700 crore INR ($283 million) through a slump sale, and that the deal includes Prabhat Dairy’s milk processing business as well as its subsidiary Sunfresh Agro Industries.

Established in 1998 in Shrirampur, Maharashtra, Prabhat Dairy is specialized in the production of packaged milk in plastic bags and pouches, as well as ghee and dairy ingredients. The company owns two factories, including one of the largest sweetened condensed milk plants in India, and employs 1,239 people. It turned over €200 million ($227 million) in sales in 2018.

Lactalis currently has 11 factories in India. It said the acquisition of Prabat Dairy would further its development objectives, strengthening its market leading position and making it the biggest private milk collector in the country.