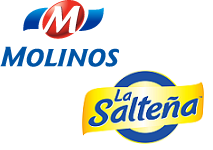 Describing La Saltena as a brand with a “great tradition” in the lives of Argentinian families, Molinos Rio De La Plata said its aim was to develop awareness of the brand in every household in the country.

La Saltena offers fresh pasta as well as pastry for traditional Latin American pies. It operates a production plant in Burzaco, near Buenos Aires, and employs more than 500 staff.

Molinos Rio De La Plata described the acquisition of La Saltena as “another step” in its growth strategy, highlighting investments over the past two years that have included the construction of two automated warehouses, alongside new production lines for gluten-free pasta, its Chocoarroz alfajores and Gallo Snacks wafers.