UK: Fuller’s to be acquired by Asahi 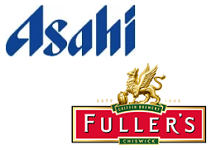 Fuller’s, the UK beermaker, has announced it has entered into an agreement for the sale of its entire beer business to the European division of Japanese drinks giant Asahi for an enterprise value of £250 million on a debt free, cash free basis.

Asahi said that, as well as growing a comprehensive premium offering of beers and ciders in the UK, it would use its established global footprint to build the newly-acquired brands across the world.

Asahi Europe CEO Hector Gorosabel added: “Asahi Europe has already established a leading presence in the premium beer category. Welcoming these brands and operations to our business will further consolidate that position, enabling us to even better serve our customers and consumers”.

UK: Fuller's to be acquired by Asahi - Gama