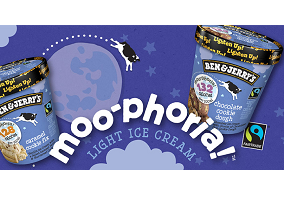 Ice cream maker Ben & Jerry’s, a subsidiary of FMCG multinational Unilever, has announced the launch of Moo-phoria, a range of ice cream that is described as low in both calories and fat.

Commenting on the launch, Dena Wimette, senior innovation manager at Ben & Jerry’s, said: “Ben & Jerry’s tries to offer a little bit of something for everyone. We’re excited to have an incredible new option for our fans who say they can’t be trusted with a pint of Ben & Jerry’s in their freezers”.

Advertised as containing between 60% and 70%  less fat than regular ice cream, Ben & Jerry’s Moo-phoria is claimed to be made from organic milk and cream while also featuring the brand’s “famous chunks and swirls”. 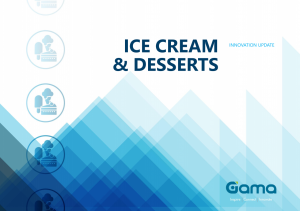