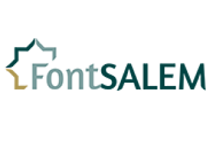 Font Salem, the Spanish leader in private label products and co-packing, has announced that it intends to invest €40 million ($49.3 million) over the next three years to expand its plant in Santarem, Portugal.

Part of Grupo Damm, Font Salem is one of the biggest beer manufacturers in Spain, as well as producing a variety of still and sparkling soft drinks and water.

The Santarem factory is described as Grupo Damm’s biggest venture in Portugal and also the first Font Salem industrial unit outside of Spain. The plant produces about 300 varieties of juices and beers which are exported to 70 countries. Last year, 60% of production was exported.

Commenting on the announcement, Grupo Damm CEO Demetrio Carceller: “with this investment, Damm is strengthening its position on the Iberian market, fostering industrial development on the peninsular”.

The move “responds to the growing international demand for Font Salem products over recent years”, he added.

Fonte Salem general manager Antoni Folguera commented: “The current production capacity is ten times greater than it was at 2010 when we entered Portugal, in what was the group’s first move towards internationalization. The goal now is to double beer and juice production from the current two million to four million hectolitres by 2020”.