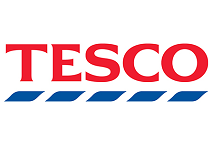 Tesco, the UK’s leading grocery retailer, is considering the creation of a new ‘discount’ store chain to counteract the threat of Aldi and Lidl, according to an article in the Sunday Times.

The Guardian reports that the new discount stores would seek to match the German discount supermarkets on price, while carrying only 3,000 lines, compared to 25,000 lines in a typical Tesco Extra hypermarket. The newspaper also reports that a second option could see Tesco instead launch a ‘bulk buy’ brand, similar to an operation it already has in Thailand.

Tesco’s recent acquisition of wholesale chain Booker, which already carries a range of discount brands, could give it an advantage in any such move, analysts are quoted as saying.

Previous forays by UK supermarkets into the discount sector have met with limited success. In 2016, Sainsbury’s called time on a two-year joint venture with Danish discounter Netto, while in 2008 Tesco itself introduced a range of ‘discount brands’ within its own stores, before discontinuing the strategy.

Source: The Sunday Times / The Guardian