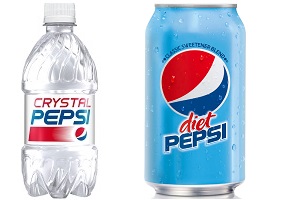 PepsiCo, the multinational American food and beverage corporation, has announced the comeback of Crystal Pepsi as a limited edition in the USA and Canada due to“overwhelming fan demand” and in a bid to revive its soft drink sales, according to a report in Fortune.

Crystal Pepsi, a clear coloured cola originally on the market between 1992 and 1994, will be available in Canada from 11th July and from 8th August in the USA, in 20oz bottles with an RRP of $1.79.

Meanwihle, just a few days before the news of the relaunch of Crystal Pepsi, PepsiCo also announced the return of a version of its original Diet Pepsi sweetened with aspartame. Named Diet Pepsi Classic Sweetener Blend, the product will launch in September 2016 and will be sold alongside the current Diet Pepsi recipe, which was reformulated less than a year ago to include a new blend of sweeteners that excluded aspartame, against a background of safety concerns linked to the ingredient.