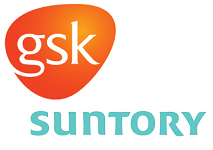 Suntory Beverage & Food, part of multinational food and beverage giant Suntory, has announced the acquisition of the beverage business of GSK Nigeria for about ¥7 billion ($69 million).

The acquisition comes after Suntory acquired UK beverage brands Lucozade and Ribena from GSK in 2013 for $2.1 billion. However, even after this acquisition, licensing agreements meant that, in Nigeria, the brands continued to be manufactured and distributed by GSK.

Commenting on the acquisition, Suntory said that it believed the move would expand and grow its beverage unit in Nigeria and Africa. The firm said it would continue to look to expand its global business, building on acquisitions that have included Orangina Schweppes in 2009 and Japan Tobacco’s vending beverage business in 2015.