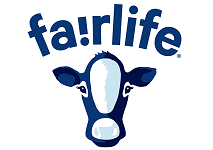 Coca-Cola, the soft drinks giant, has announced it has taken full control of the Fairlife dairy brand after agreeing a deal for the remaining 57.5% stake in the business from its joint venture partner Select Milk Producers.

Fairlife came to prominence in 2014, when Coca-Cola announced it was entering the dairy sector with a new premium brand of ultra-filtered milk.

Outlining the rationale for the move, Coca-Cola claimed that value-added dairy products had been growing steadily in the United States, in contrast to the traditional fluid milk category, and that Fairlife products had played a significant role in that growth. Fairlife sales are reported to have topped $500 million in 2019.

“fairlife is a great example of how we’re continually expanding our total beverage portfolio to bring people more of the brands they love”, said Coca-Cola North America president Jim Dinkins. “This agreement will help ensure that we continue to build on fairlife’s innovative history by combining their entrepreneurial spirit and innovation capabilities with the resources, reach and expertise of Coca-Cola”.

On completion of the deal, Fairlife will continue to operate as a stand-alone business based in Chicago, Coca-Cola added.