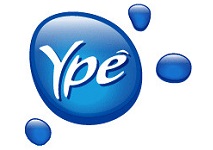 Quimica Amparo, the household goods firm behind the Ype brand, has announced plans to construct a new factory and distribution centre in Pernambuco in a bid to bolster its presence in Brazil’s North East region, according to a report in New Trade.

The new plant will start by manufacturing the firm’s line of liquid detergents, but will ultimately be able to produce the entire Ype product portfolio of products including dish detergent, fabric softener, laundry detergent and bar soap.

The unit, which will begin construction this year and is due to open in 2022, is Quimica Amparo’s second in the North East region.

Commenting on the move, Quimica Amparo CEO Waldir Beira Junior said: “Our plan is to better serve consumers in the North East region. [The investment] will enable us to offer our full product range and allow us to better understand the needs of consumers in the region”.

The new factory will see Quimica Amparo’s network of manufacturing plants in Brazil increase from five to six. Its other plants are in Salto and Amparo in Sao Paulo,  Simoes Filho in Bahia, and Anapolis and Goiania in Goias.