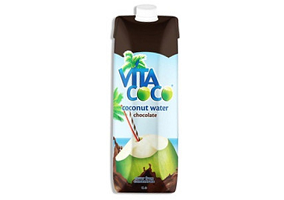 Vita Coco, the company behind the the UK’s leading coconut water brand, has announced that it has added a Chocolate variety to its lineup of coconut water products, according to a report in the Grocer.

Made from cocoa powder and a “dash” of coconut milk, Vita Coco Chocolate Coconut Water is claimed to have a more “mainstream” flavour than other products in the Vita Coco range, The product will be sold in a one-litre carton at an RRP of £3.49 ($4.94) in Tesco stores around the UK.

“We are delighted to be bringing Vita Coco Chocolate to the UK market”, said Vita Coco EMEA CEO Giles Brook. “With chocolate drinks building momentum, we are confident this variant will be met with a positive reception from our loyal customer base, while also introducing new shoppers to the category”.

The company is also said to be considering the launch of a 330ml format in March.