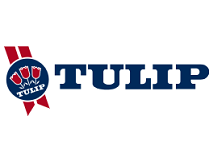 Tulip, the meat processor and branded food maker, has announced it is considering closing its meat processing site in Bodmin, Cornwall, UK, with the loss of up to 270 jobs.

“The site has been operating at a significant loss for several years and while it remains a well-invested site with industry-leading capabilities, it is unsustainable to maintain operations under the existing business model”, the company said, while adding: “Closure is not a foregone conclusion”.

The news follows a recent announcement that Tulip had been sold to Brazilian-owned, US-based poultry firm Pilgrim’s Pride for around £290 million ($354 million).

Tulip said it had initiated a 45-day consultation period on the plant’s future, ending on 9th December.

“Tulip Ltd is seeking to galvanise employees, customers and suppliers to coming together to agree a viable plan for the sustainable future of the site”, it added.