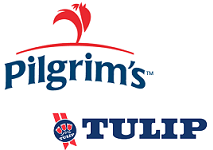 Pilgrim’s Pride, the chicken and prepared foods firm, has announced it has acquired Tulip, a leading, integrated prepared foods supplier with 12 fresh and value-added operations in the UK, from Danish Crown, in a deal worth around £290 million ($354 million).

Commenting on the deal, Pilgrim’s Pride global CEO Jayson Penn said: “We are pleased to strengthen our European foods platform with the acquisition of Tulip Limited, which positions Pilgrim’s as a leading global prepared foods player”.

The deal “solidifies Pilgrim’s as a leading European food company, creating one of the largest integrated prepared foods businesses in the UK with a portfolio of brands and retail private label solutions”, the company added in a statement.

Meanwhile, Danish Crown group CEO Jais Valeur said: “Pilgrim’s is already strongly positioned within the UK chicken market and would like to strengthen its position within the market for pork. On our part, we want to simplify our UK business. Going forward we will supply Danish pork to Pilgrim’s, so all in all the transaction holds out interesting perspectives for both parties”.