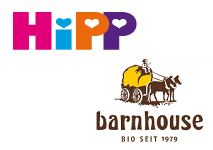 Hipp, the German organic baby food firm, has announced its expansion into new categories with the acquisition of Barnhouse, a maker of natural granola and other breakfast foods from the Upper Bavaria region.

Founded in 1979, Barnhouse markets a broad range of granolas as well as other traditional breakfast cereals such as cornflakes and muesli under its namesake brand, and is described as the maker of the world’s first organic crunchy cereal. The firm’s products are sold exclusively in specialist organic stores. Post-acquisition, Barnhouse is expected to remain as an independent company operating from its current location of Muhldorf am Inn, with a staff headcount of 90.

Commenting on the acquisition, Hipp chief executive Stefan Hipp said: “Organics is a way of life for my brother and me, and we are delighted to be partnering with a forward-looking company such as Barnhouse”.