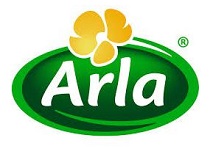 Arla, the Danish dairy co-operative, has announced plans to invest $55 million in its factory in Manama, Bahrain, with a view to making the plant its key strategic manufacturing hub in the Middle East & North Africa.

The dairy giant took over the plant as part of its acquisition of the Mondelez branded cheese business in the Middle East.

The majority of Arla’s products sold in the region will now be produced locally at the site, the company said, enabling the company to further expand its branded cheese production and improve overall efficiency in its supply chain. It added that, by 2025, it expected to increase annual production in Bahrain to more than 100,000 tons under the Puck, Arla, Dano, and Kraft brands, as well with private label products.

Commenting on the move, Arla Foods CEO Peder Tuborgh said: “The Middle East and North Africa is a priority market for us and the inauguration of this production site in the Kingdom of Bahrain consolidates our commitment to the region”.