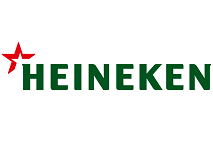 Heineken, the Dutch beer giant, has announced plans to double its manufacturing capacity in Brazil to meet rising demand, according to a New Trade report quoting Valor Economico.

The company is said to be investing R$985 million ($247 million) to expand capacity at its Araraquara, Itu and Jacarei sites in Sao Paulo, as well as factories at Alagoinhas in Bahia and Ponta Grossa in Parana.

The move reportedly follows double-digit growth for the Amstel, Devassa, Eisenbahn and Heineken brands in Brazil.

Heineken is also said to be investing in its own distribution network, with the aim of being present in one million points of sale by 2021.

The capital expenditure is Heineken’s biggest investment in Brazil since it acquired beer and soft drinks firm Brasil Kirin in 2017.