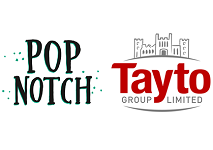 UK crisp and snack manufacturer Tayto has acquired a range of assets, including trademarks and brand names, from popcorn company Pop Notch for an undisclosed sum.

Headquartered in Northern Ireland, Tayto is the third largest snack manufacturer in UK, with six sites in the country. The group’s portfolio includes brands such as Tayto, Golden Wonder, Mr Porky and Jonathan Crisp.

Commenting on the deal, Tayto CEO Paul Allen said: “We are currently going through a phase of planned growth in the company and this acquisition of a bundle of assets from Pop Notch is one of several recent purchases for us and as we already own a popcorn business, this was a natural fit. We are constantly looking at ways to expand and to secure the Group’s long-term future”.

This move follows Tayto’s previous acquisitions of the Tavern and Portlebay brands, announced in early 2017.