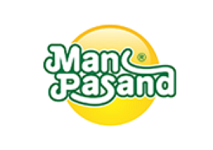 Manpasand Beverages, an Indian manufacturer of fruit drinks, has announced the construction of a new facility in the east Indian state of Odisha, according to a report in the Economic Times.

The new plant, located in the Chhatabar Industrial Area in the Khurdha district of Odisha, is being built at a cost of 150 crore INR ($22 million) and is one of four new facilities the firm is currently establishing. The first, in Vadodara, in the western state of Gujarat, has already been commissioned, while a second in Varanasi in Uttar Pradesh is expected to be operational soon, the company said. Construction at a third plant in Sri City, Andhra Pradesh is ongoing. The total outlay on the four new plants is said to be in the order of 600 crore INR ($89 million).

Commenting on the move, Manpasand Beverages chairman and managing director Dhirendra Singh said: “The new plants is a part of company’s expansion plans which are on at full swing. This would be our ninth facility in the country, and will have a capacity of 50,000 cases per day”.

Headquartered in Gujarat and advertised as “the first pure play company in the beverage sector in the Indian capital market”, Manpasand Beverages manufactures a range of still and carbonated fruit drinks and juices under brands such as Mangosip, Fruitsup, Jeerasip and Aprilla.