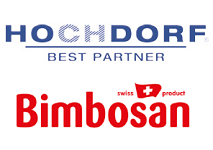 Hochdorf, a Swiss ingredients firm active in areas such as dairy, cereals, fruit & vegetables and oil, has announced the acquisition of local infant nutrition maker Bimbosan for an undisclosed sum.

The firm, which has itself manufactured infant formula since 1908, operated essentially as a private-label producer until it acquired a 51% share in the Pharmalys Group at the end of 2016. It said the 100% acquisition of Bimbosan was another step in the direction of operating a business serving the end consumer in the infant formula space.

Commenting on the move, Hochdorf CEO Thomas Eisenring said: “Bimbosan is the brand when it comes to infant formula in Switzerland. With its Swiss origins, long-established and positive presence and a focus on organic raw materials, the company was an excellent match for the HOCHDORF Group and its expansion strategy”.