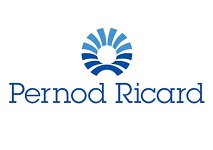 Pernod Ricard, the global wine and spirits firm, has announced the disposal of its Glenvallachie whisky brand to a consortium of Scotch whisky executives through its Chivas Brothers subsidiary.

The transaction includes the Glenallachie single malt brand and the MacNair’s and White Heather blended scotch brands, as well as relevant inventories, Pernod Ricard said in a statement, adding that the sale was “in line with Pernod Ricard’s strategy to focus on its priority spirits and wines brands and to adjust its industrial footprint to its needs”.

The Glenallachie Consortium stated that its mission was to be “a wholly Scottish owned, Scottish based, and truly independent Scotch whisky company producing excellent whiskies and offering them to the market at premium but affordable prices”.

The transaction is expected to close before the end of 2017.