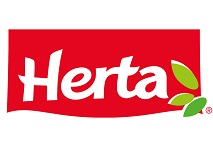 Multinational food and drinks giant Nestle has announced it is to sell a 60% stake in its Herta division to Casa Taradellas, an Italian meat and pizza firm, in a move that will see the two firms establish a new joint venture.

The deal includes Herta charcuterie available in six European countries, as well as the Herta dough business in France and Belgium. Nestle said it would retain and develop its existing Herta vegetarian business, in line with its increased focus on plant-based offerings.

Earlier in the year, Nestle had announced its intention to “explore strategic options” for the Herta business, as it sought to shift its portfolio towards “attractive high-growth categories”, in particular vegetarian and vegan foods.

Commenting on the move, Marco Settembri, Nestle executive vice president and chief executive officer Zone Europe, Middle East and North Africa, said: “The Herta business has delivered strong performance over the past years and is well-positioned for future growth. We are happy to have Casa Tarradellas as our partner, a family-run business that is a market leader in Spain for pizza, fresh dough and charcuterie. Both companies have a true passion for quality and innovation and are proud to be in a joint venture to provide our consumers with great ingredients for their daily meals”.

The joint venture will be incorporated in Spain, the firm said, adding that operations will continue to be managed by the existing local Herta businesses in France, Germany, Belgium (also covering Luxembourg) and the United Kingdom (also covering Ireland).