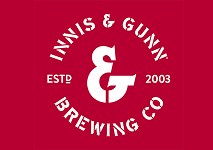 Innis & Gunn, the Scotland-based beermaker, has unveiled plans to build a new brewery at Heriot-Watt University’s Research Park, west of Edinburgh, UK at a cost of around £20 million ($26 million).

Described as the first major brewery to be built in Edinburgh for 150 years, the new plant is also claimed to be the UK’s first major collaboration between a full-scale brewery and a university and will create a centre for brewing studies and applied learning.

Commenting on the investment, Innis & Gunn founder and master brewer Dougal Gunn Sharp said: “Building this brewery is a big step for Innis & Gunn in delivering our ambitious growth plan, from which we can capitalise on the existing strong performance of our craft lager and portfolio of IPAs and barrel-aged beers”.