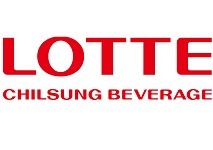 Quoting sources from Lotte Group and the investment banking industry, Maeil Business News said that the South Korean firm was reportedly looking to buy 51 to 52% of shares in Lahore PepsiCo, a PepsiCo bottling company located in Lahore, a city in the northeast of Pakistan.

“(After the purchase), the remaining shares will continue to be owned by the existing shareholder (of Lahore PepsiCo), whom we plan to establish a partnership with”, a senior official from Lotte Group is quoted as saying:

Sources further claimed that beyond acquiring the majority stake in Lahore PepsiCo, Lotte Group had additional plans to acquire additional PepsiCo bottlers in various other regions of Pakistan.