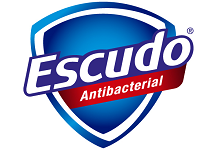 The sale of Escudo forms part of a programme of brand rationalization, first reported in 2014, in which P&G said it would look to focus efforts on the 70 to 80 brands which account for around 90% of its sales and 95% of its profits. In early 2015, P&G announced that two other soap brands would be divested, with the sale of the Camay brand globally and the Zest brand outside of North America and the Caribbean to rival Unilever.

Procter & Gamble said that the Escudo sale was expected to close in the first half of 2016, subject to necessary regulatory approvals.