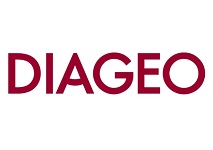 Diageo, the global spirits giant, has announced it will close its manufacturing facility in Icheon, Gyeonggi Province, in South Korea in around nine months’ time, according to a report in The Spirits Business.

The firm is previously quoted as saying that the Scotch whisky sector is experiencing a slowdown as consumers switch to lower-alcohol alternatives.

Per Diageo’s fiscal 2019 results, net sales in Korea declined 11% due to lower sales of the blended whisky Windsor.

Commenting on the move, Diageo Korea managing director Robert Rhee said: “We regularly review all aspects of our operations to ensure that we are working in the most productive and efficient way. As part of this process we have reviewed our operations in Korea. Regrettably, the Diageo plant located in Icheon-si, Gyeonggi Province will cease operations in June 2020”.

Current utilisation of the site is low and changes in commercial arrangements in a number of markets that the site exports to, together with negative currency headwinds, have impacted cost competitiveness, he added.