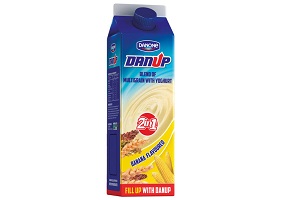 The South African arm of dairy and drinks multinational Danone has launched Danone Danup, a  yoghurt drink targeted at the “modern South African man”, according to a report in Fast Moving.

The product is described as combining multigrains such as maize, barley, sorghum and oats with yoghurt and is said to have been developed with the collaboration of South African men. The “hybrid” beverage is also claimed to provide benefits such as being low GI and low in cholesterol and fat.

According to Danone, the product “strives to offer a tasty and convenient blend for people on the move who are determined to keep moving forward”.