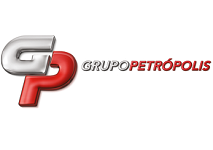 Brazilian company Grupo Petropolis, owner of the beer brand Itaipava, is among the firms to have declared an interest in acquiring the assets of alcoholic drinks firm Brasil Kirin, according to a report in Supermercado Moderno quoting O Estado de Sao Paulo.

It is reported that Grupo Petropolis has organised visits to three of Brasil Kirin’s plants – Alagoinhas (Bahia), Itu (Sao Paulo) and Igrejinha (Rio Grande do Sul) – and could either seek an association with Kirin or else look to purchase factories separately.

Heineken and Ambev, who along with Grupo Petropolis are among Brasil Kirin’s chief competitors in Brazil, are also said to be interested in acquiring the assets, however.

Any deal in favour of Grupo Petropolis could bolster its business in Brazil, sources describe. Acquiring the Alagoinhas unit, for example, would allow the company to expand distribution in the northeast of the country. The Igrejinha facility would meanwhile reinforce the company’s presence in the south, where it is still relatively weak.

Both Grupo Petropolis and Brasil Kirin declined to comment on the matter, sources said.