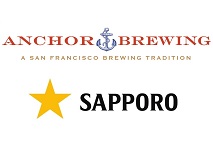 Described as one of the US’s original craft breweries, Anchor Brewing was founded in San Francisco in 1896 and is now the 22nd largest in the country, according to the Brewers Association, generating $33 million in revenue in 2016.

Many of Japan’s leading brewers have been strengthening their hand in overseas markets in recent times. Kirin has taken a minority stake in US craft beer firm Brooklyn Brewery, while rival Asahi secured the acquisition of SABMiller’s eastern European brands towards the end of last year.

Sapporo’s deal, which is due to close by the end of this month, is expected to boost the firm’s presence and sales in the US, Bloomberg reports.