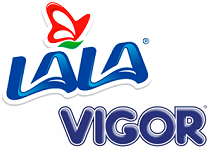 Grupo Lala, the Mexican dairy company, has announced that it has reached a deal to acquire its Brazilian peer Vigor for an implied value of R$5.725 billion ($1.839 billion).

Founded in 1917, Vigor is described as having 14 production plants, 31 distribution centres and 67,000 points of sale in Brazil, with a strong presence in the states of Sao Paulo, Minas Gerais and Rio de Janeiro. Itambe is described as a leading dairy brand for 66 years in the Southeast region. Vigor reported net revenues  of R$4.928 billion ($1.583 billion) in 2016.

Grupo Lala said that the combined entity would have have a leading market position in greek yoghurt and spreadable, grated and fresh cheeses, as well as being the second biggest player in yoghurt and powdered milk. The combined brand portfolio would include Vigor, Danubio, Faixa Azul, Serrabella, Leco, Amelia and Itambe.

In a statement, the firm added that the acquisition “supports LALA´s vision of becoming the preferred dairy company in the Americas”.

Grupo Lala CEO Scot Rank said: “We are pleased that Vigor will be the platform for growth of LALA in Brazil. Vigor has the scale, the innovation, and talent needed to build profitable value-added dairy business”.