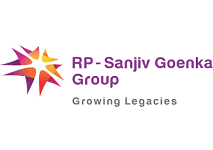 RP Sanjiv Goenka has announced the acquisition of a 70% stake in Gujarat-based snacks firm Apricot Foods.

According to RP Sanjiv Goenka, Apricot Foods’  E-Vita range will enable the firm to move into the mass market savoury snacks space. The deal is described as being part of the company’s strategy to be present in three different FMCG categories.

“We have acquired 70% in Apricot Foods which sells e-vita branded snacks at an enterprise valuation of 440 crore ($69 million)”, said Sanjiv Goenka, group chairman of RP Sanjiv Goenka. “Rest 30% is retained by the existing promoters”.

To retain quality, RP Sanjiv Goenka said it was planning to set up its own manufacturing unit and was currently in the process of evaluating locations.

Apricot Foods’ existing manufacturing facilities are mostly in Gujarat, and the company has an annual revenue of 200 crore INR ($31 million).