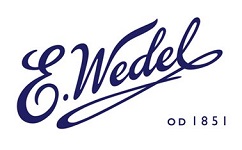 According to Puls Biznesu,  Polish confectionery manufacturer Wedel  is reorganising its business in the country, with plans to enter into the vending channel and the instant chocolate category.

The company has reportedly finished the testing of its new vending machines selling Wedel drinking chocolate. The vending machines have been established in 40 locations across Poland and will sell both milk and dark chocolate drinks.

Meanwhile another project under consideration is an entry into the instant chocolate category. Such a move would see Wedel compete directly with companies such as Nestle and Maspex.

The company’s stated goal is to make its chocolate available “everywhere and in every form”, sources state.

Wedel was founded in 1851 and is currently owned by the Japanese Lotte group.  The confectioner produces a variety of chocolates, cakes, and snacks and is considered by some to be the ‘Polish national brand.’