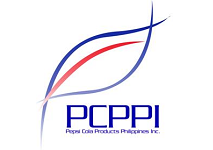 PepsiCo Philippines has announced plans to invest P650 million ($14.6 million) in a new facility in its home country as it seeks to expand its presence in the country from beverages into food, Business World reports.

The company, which is a licensee of PepsiCo, Inc. and Pepsi Lipton International Ltd. and produces non-alcoholic drinks under brands such as Pepsi-Cola, 7Up, Mountain Dew, Mirinda, MUG, Gatorade, Lipton, Tropicana/Twister, Propel and Sting, aims to begin implementing the project in the second half of 2015. The focus would be on snack foods, according to an amendment to its stated purpose approved by shareholders in May.

The move comes shortly after PepsiCo Philippines reported uninterrupted growth in the second quarter of 2014,  posting an 11% increase in sales volume versus the same period of the previous year. This was driven by growth across major product categories and market geographies, the company said.