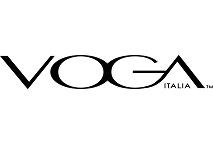 Voga Italia has expanded its collection of wines with the launch of a new red wine blend called Red Fusion.

The wine is made from a blend of 65% Zinfandel and 35% Cabernet Sauvignon grapes and is sourced from Salento in south-eastern Italy.

Red Fusion is said to reflect the Voga Italia mission to produce distinctive, high-quality wines for the modern wine consumer, and is described as having has a jammy fruit character on the palate and a hint of mint on the nose.

Made from a blend of 65% Zinfandel and 35% Cabernet Sauvignon from Salento Red Fusion Packaged in VOGA Italia’s distinctivebottle with re-sealable cap, the new product  will be available in the USA  starting from October  priced at $11.99 per 750ml.